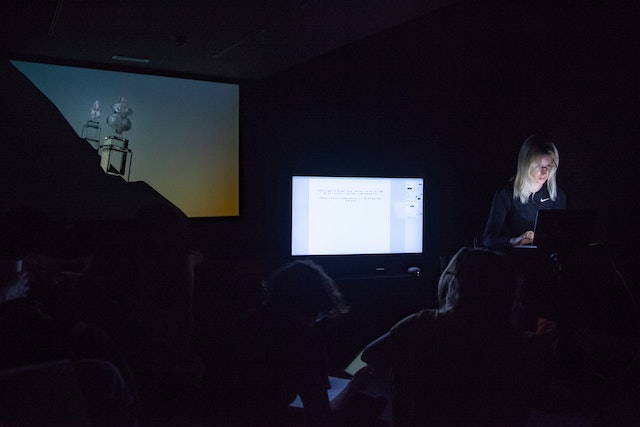 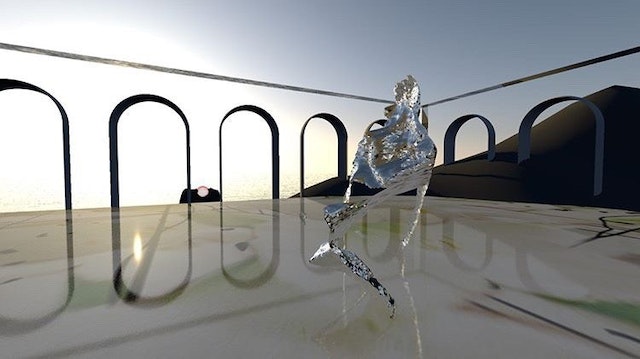 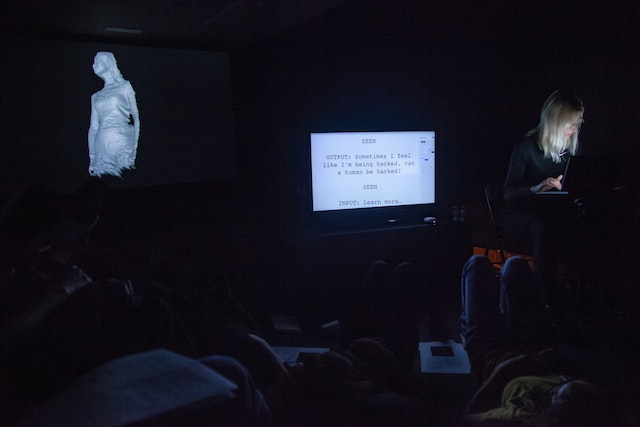 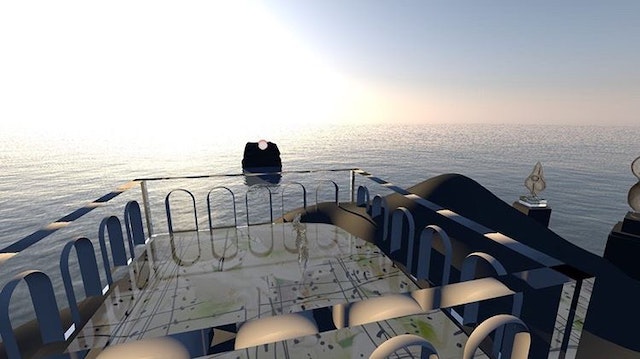 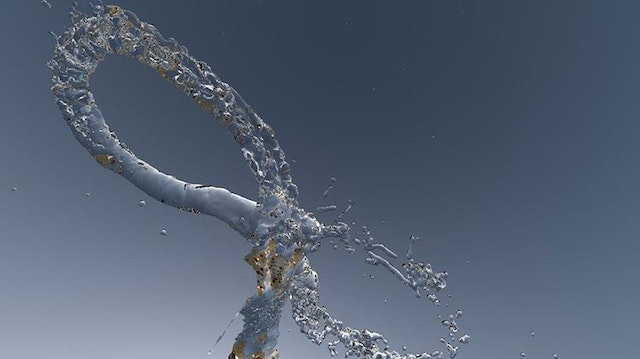 The first iteration of Safety Glass was an interactive performance exploring interpersonal relationships in online / offline spaces at LUX, commissioned by Hervisions in October 2018.

Safety Glass builds on a romantic drama script which was initiated during a live-streamed GDPR data party. It evolved through a real-time script development performance and included a video installation and a poetry exchange. The audience were encouraged to direct-message text for the script throughout the event, some of which was weaved into the script and projected back into the installation space.

The script follows a series of exchanges between characters OUTPUT and INPUT who exist in an imagined online space that is mediated by offline generated imagery and real life encounters. The audience becomes a spectator on their first date, taking place inside their direct messages where they go to an e- restaurant and eat emojis for dinner. It challenges the rhetoric and expectation of gender roles and attempts to dismantle them and redefines how we navigate our contemporary relationships. Exploring the compatibility of online and offline language and semiotics, the rules of social hierarchy in digital spaces and our constant data exchange.

Throughout the live event a video installation consisting of visuals made by George Jasper Stone, conceived by Stone and Pettigrew, was projected into the space alluding to themes in the script. A soundscape from cktrl played for the duration and reinforce the immersive experience. The performance will concluded with a poetry exchange between Pettigrew and poet James Massiah.